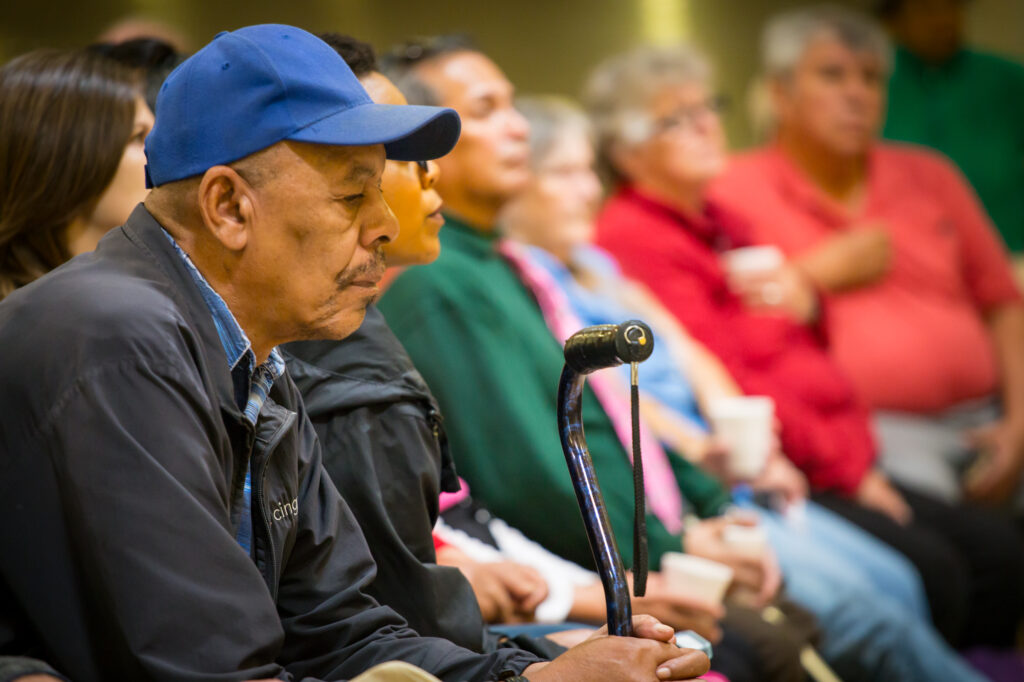 This piece was published originally at NextAvenue.org.

Our current racial justice reckoning has invited our nation to reconsider our most basic institutions and structures, acknowledge their often racist origins and consider how we can create a more equitable country. Racial justice and abolitionist movements also ask us to confront the harm that our society’s systems have enacted on people of color in this country. But what role do elder justice advocates have in this fight?

As an attorney for Justice in Aging, a national nonprofit legal advocacy organization fighting senior poverty through law, I’d like to explore the connections between elder justice and the racial justice movements and provide next steps for elder justice advocates to help end elder abuse.

Following the horrific death of George Floyd last spring and the ensuing months of protest, many Americans have faced their own personal upheavals confronting racism within themselves, their families, friendships and communities. For many people, last summer was a formative time of unrest and for many elder justice advocates, the question was where their work fell into this greater movement.

But what does elder justice have to do with racial justice anyway?

To answer that question, here’s another: When you think of an older adult, who do you see? Is it a white man or a white woman, with graying hair, maybe sitting on their porch enjoying retirement?

What we do know is troubling and warrants further inquiry.

The definition of elder abuse changes depending on the cultural context. For example, an outsider might see a family pooling financial resources, including an older adult’s retirement benefits, as financial exploitation while the older adult may feel that it is a part of their culture and identity to share their resources with their loved ones.

Specifically, as a Spring 2020 article in the American Society of Aging’s “Generations” noted, Black older adults are not likely to seek help for abuse because of fear of racial discrimination. These responses are rooted in the lived experiences of these communities.

Looking at Elder Abuse in Context

Imagine a Black older adult who is 80 years old. They have lived through Jim Crow-era laws, the civil rights movement and now our current racial justice movement. They have most likely known someone who died because of police brutality (1 in 1,000 Black men will die at the hands of the police, according to researchers) and have faced discrimination (overt and covert) at every major junction of their lives.

Now, if they are facing elder abuse and are reluctant to report it to the police or Adult Protective Services (APS), in light of everything they have seen, their behavior seems quite logical.

In spite of these findings, our elder abuse structures are deficient in the options they provide for older adults of color.

In the United States, elder abuse prevention work is intertwined with law enforcement. In many states, APS is required to report abuse cases to law enforcement and often the police are the first call when elder abuse is suspected.

We should be alarmed that an older adult facing abuse and exploitation would consider not accessing services and supports because the system has harmed them and their community in the past so much that they no longer trust they will be served properly.

How to Protect All Older Adults

If we want to achieve the goals of elder justice, and protect all older adults, we need to take a close look at the ways we are trying to achieve these goals.

Elder justice has criminal prosecution baked into the definition which, if taken at face value, seems correct. We want to punish those who commit elder abuse and keep them from abusing others, right? Yes, in theory. But in practice this is not always what is happening.

The most common perpetrators of elder abuse are family members, who are often the caregivers and possibly the source of housing for the victim.

When we layer the complexities of race and implicit biases in policing onto this already complex situation, one can quickly see where problems arise.

How can we purport to serve all older adults when there are many who fear the system and its outcomes more than their own abuse and exploitation?

A Place for Restorative Justice

A theory of justice known as restorative justice provides us with an approach that may work better for these complex situations where the underlying relationships are deep and the older adult fears their loss. One advocate has described restorative justice as a way of considering abuse as a violation of people and relationships, rather than as a violation of the law.

Restorative justice allows parties to come together and come to an agreement about how to remedy the harm done and prevent harm in the future. It provides the space for a relationship to continue between the elder abuse victim and the elder abuse perpetrator.

This approach is much more holistic, culturally responsive and trauma informed. I am not saying that this approach is appropriate, or will work, in every case. But it does provide an option that moves us away from policing as the panacea for all elder abuse cases.

Elder justice advocates have plenty of work to do to bring the tenets of the racial justice movement into our world. But advocates also need to raise the issues of elder abuse and autonomy in aging to the wider world.