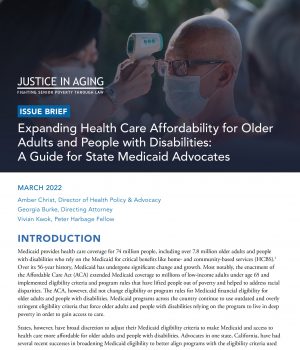 Medicaid provides health care coverage for 74 million people, including over 7.8 million older adults and people with disabilities who rely on the program for critical benefits like home- and community-based services (HCBS). The enactment of the Affordable Care Act (ACA) extended Medicaid coverage to millions of low-income adults under age 65, lifting people out of poverty and helping to address racial disparities.