Income inequality in this 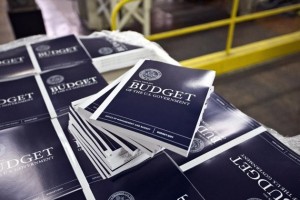 country is climbing. At the same time, our population of aging people 65 and older is growing by 10,000 a day. As the population of poor seniors surges, the last few election cycles have included debates regarding which candidates will do the most to protect seniors and the programs they rely on. But most of this discussion has little relation to the budget proposals on the table now. For instance, Congressman Paul Ryan referred to maintaining Medicare as a generational promise to “my mom’s generation, for my generation and for my kids and yours,” in his 2012 Republican National Convention speech, but is seeking to gut Medicare in his fiscal year 2015 budget blueprint. Or, the many candidates who have, since 2010, spun opposition to the Affordable Care Act (“Obamacare”) as an opposition to cuts to Medicare for seniors, yet both House and Senate budget plans will actually hurt the very same seniors relying on Medicare for their health care. With the 2016 elections quickly approaching and Congressional leadership proposing FY2016 budgets, let’s check in on how rhetoric in support of our seniors is living up to its promise in the recent Congressional budget resolutions.

Cutting programs that facilitate access for the aging population to quality health care is a failure to protect low-income seniors. Medicare and Medicaid are crucial to seniors maintaining any sort of health security in old age—without sufficient funding for these programs to operate, their lives are at risk.

Unfortunately, both the recent House and Senate budget resolutions would damage the health care safety net upon which seniors rely. Both resolutions seek complete repeal of the Affordable Care Act (ACA). Repeal of ACA would be a disaster for poor seniors. Repealing the ACA (and its Medicaid expansion) means at least 14 million people will lose their health insurance or any opportunity for future coverage. That means some of the provisions of ACA that directly benefit poor seniors the most will go away, including free preventative screenings, Medicaid-funded Home and Community-Based Services, and affordable prescription medications. Both resolutions propose billions of dollars in cuts to Medicaid – the Senate by $400 billion over 10 years and the House by $913 billion over ten years.

The House Budget Committee resolution states: “With the creation of Medicare in 1965, the United States made a commitment to help fund the medical care of elderly Americans without exhausting their life savings or the assets and incomes of their working children and younger relatives.” However, the Medicare reform outlined in the resolution is far from keeping this commitment. The House budget proposes converting Medicare into a voucher program, disguised as a “premium support program,” cutting its funding in the next 10 years by $148 billion. The resolution also raises the Medicare age eligibility threshold, hurting the low-income seniors who would no longer qualify. Raising the age increases senior poverty as people who can no longer work will have to spend down their assets on health for the interim period between employment and Medicare eligibility.

With all the political posturing regarding the importance of addressing the needs and priorities of seniors, policymakers are missing opportunities to actually help poor seniors in the here and now. Improvements to income security programs like Supplemental Security Income (SSI) would translate to huge improvements in millions of lives. And directly translate into rent, groceries, and prescription co-pays.

Unfortunately, instead of focusing on how programs like SSI (programs that amount to fewer homeless, sick, and hungry seniors) can be updated and improved to meet the challenge of 6.3 million seniors living in poverty today, our Congressional leadership is proposing cuts that would make things harder for all poor Americans.

$1.2 trillion in unspecified cuts to programs that seniors rely on like SSI and food stamps/SNAP are set forth in the Senate budget resolution, including at least $660 billion in cuts to income security programs. The House budget resolution similarly proposes $125 billion in cuts to food stamps/SNAP. Some have estimated that these cuts would “push 16 million people into poverty or [result in] making them more deeply poor.”

The House budget resolution also includes a section that would likely lead to a cut in Social Security Disability Insurance benefits.  A significant majority of those receiving disability insurance benefits are older adults – seven in ten beneficiaries are age 50 and older, and three in ten are age 60 and older. This part of the budget reiterates a House rule passed at the start of the current session that disallows any bill that would reallocate payroll taxes from Social Security’s retirement trust fund to its disability insurance trust fund to equalize the solvency of the two funds, unless the bill would also include some provision that would improve the financial outlook for the retirement trust fund. This requirement undermines Congress’s ability to consider fully all potential legislative solutions to address the projected shortfall in the disability insurance trust fund, expected to be depleted at the end of 2016, at which point revenue coming into the system would cover only 80% of benefits.

These benefits are a modest but vital source of income. When workers with disabilities receive disability insurance benefits, these benefits help to ensure that they don’t fall into poverty as they age into their retirement years. Poor seniors can’t find security in income security programs without sufficient funding to operate. All of these programs targeted in Congress’ budget resolutions were created to ensure that nobody should have to live without a home, food, or basic health care. They are our promise to those who cannot provide for themselves due to age or disability. Strengthening the social safety net—not cutting it—ensures the future we all envision for our loved ones, ourselves, and the generations to come.